Warning: dirname() expects exactly 1 parameter, 2 given in /home/newssite/public_html/wp-content/plugins/intelly-related-posts/includes/actions.php on line 10
 Will Evander Kane play for the Barracuda this weekend? Not so fast, he says | News Site
Skip to content
0
SHARES
ShareTweet 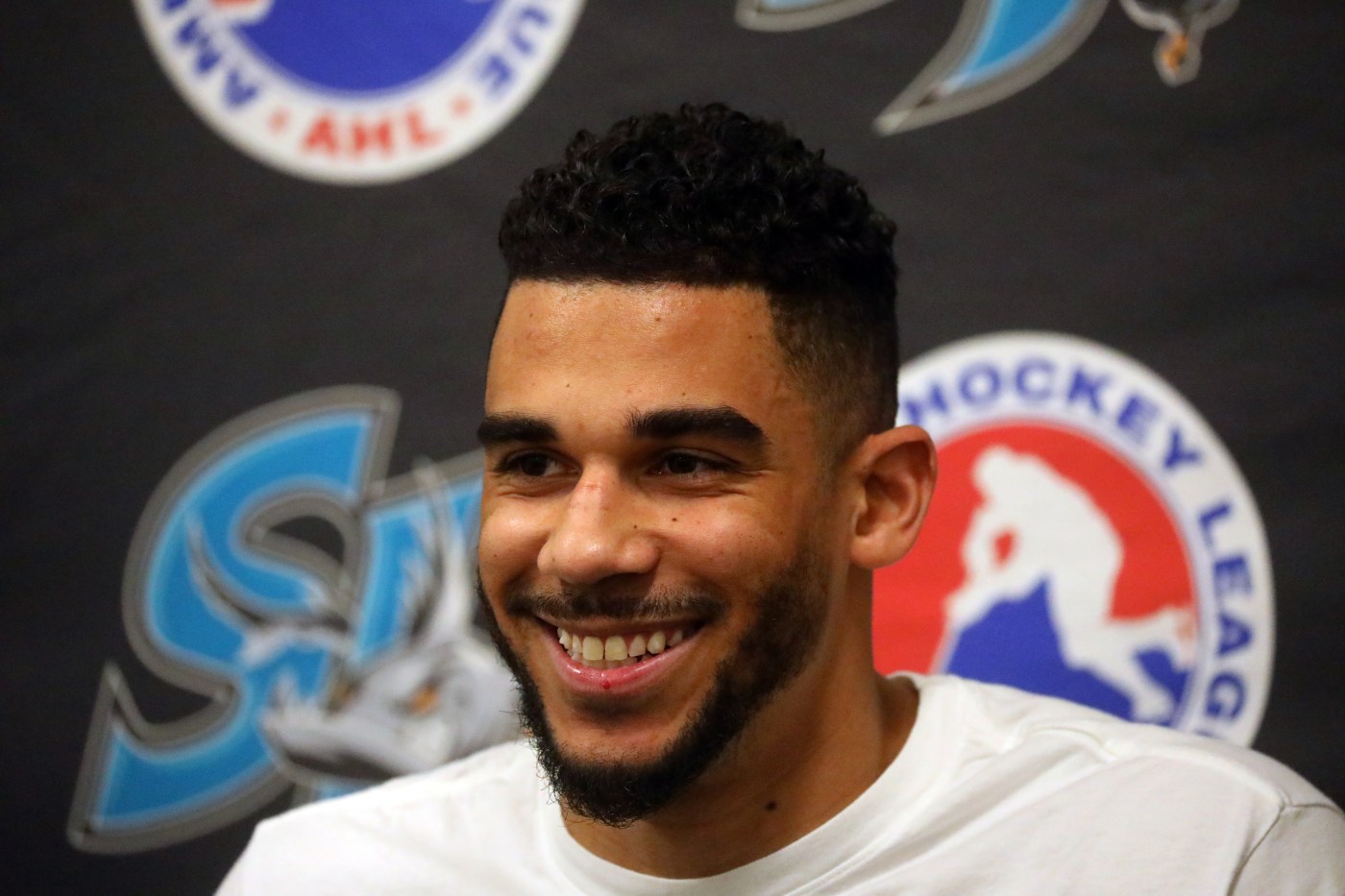 SAN JOSE – The Barracuda plays two games this weekend at SAP Center but it appears unlikely that Evander Kane will dress for either one.

Kane did not participate in the Barracuda’s practice Thursday morning at Sharks Ice, arriving at the facility just before the team began to skate. Kane had a medical appointment before practice, Barracuda general manager Joe Will said.

Kane, who, per a team spokesman, did off-ice work instead, added that he won’t play in a game until he feels completely healthy. The Barracuda is scheduled to practice again Friday and play Abbotsford on Saturday and Sunday.

Kane has only participated in two Barracuda practices, both last week, and hasn’t played a professional game since May 12 when the Sharks hosted the Vegas Golden Knights in their 2020-2021 regular-season finale. He did not travel to Abbotsford, B.C. for the Barracuda’s two games there, or take part in San Jose’s 10-1 loss to Stockton on Tuesday.

Kane stayed away from the Sharks throughout training camp, then was suspended for 21 games on Oct. 18, two days after the start of the regular season for violating the NHL and NHLPA’s COVID-19 Protocol.

“It’s not like a development situation to where you’re just going right into maximizing games,” Will said. “With this, you certainly want to take your time so that you’re not putting him in a harmful situation. He didn’t have a training camp, so this kind of is his training camp, getting a cadence of good practices.”

Having Kane at back at full strength works in the best interest of the Sharks, who would presumably have a better chance at trading the skilled winger if he is healthy and productive. Kane is in the fourth year of a seven-year contract that carries an average annual value of $7 million.

The Sharks would more than likely have to retain part of Kane‘s salary to make a deal work, or potentially involve a third team to shave down even more of the forward’s cap hit.

“The last thing we want or he wants to do is go in too early. We’re not in a hurry,” Will said. “We’ll just get him in when he’s had some good practices and when he’s feeling ready.”

The Bachelorette Recap: And Then There Were 3…

Jussie Smollett testifies at his trial: ‘There was no hoax’