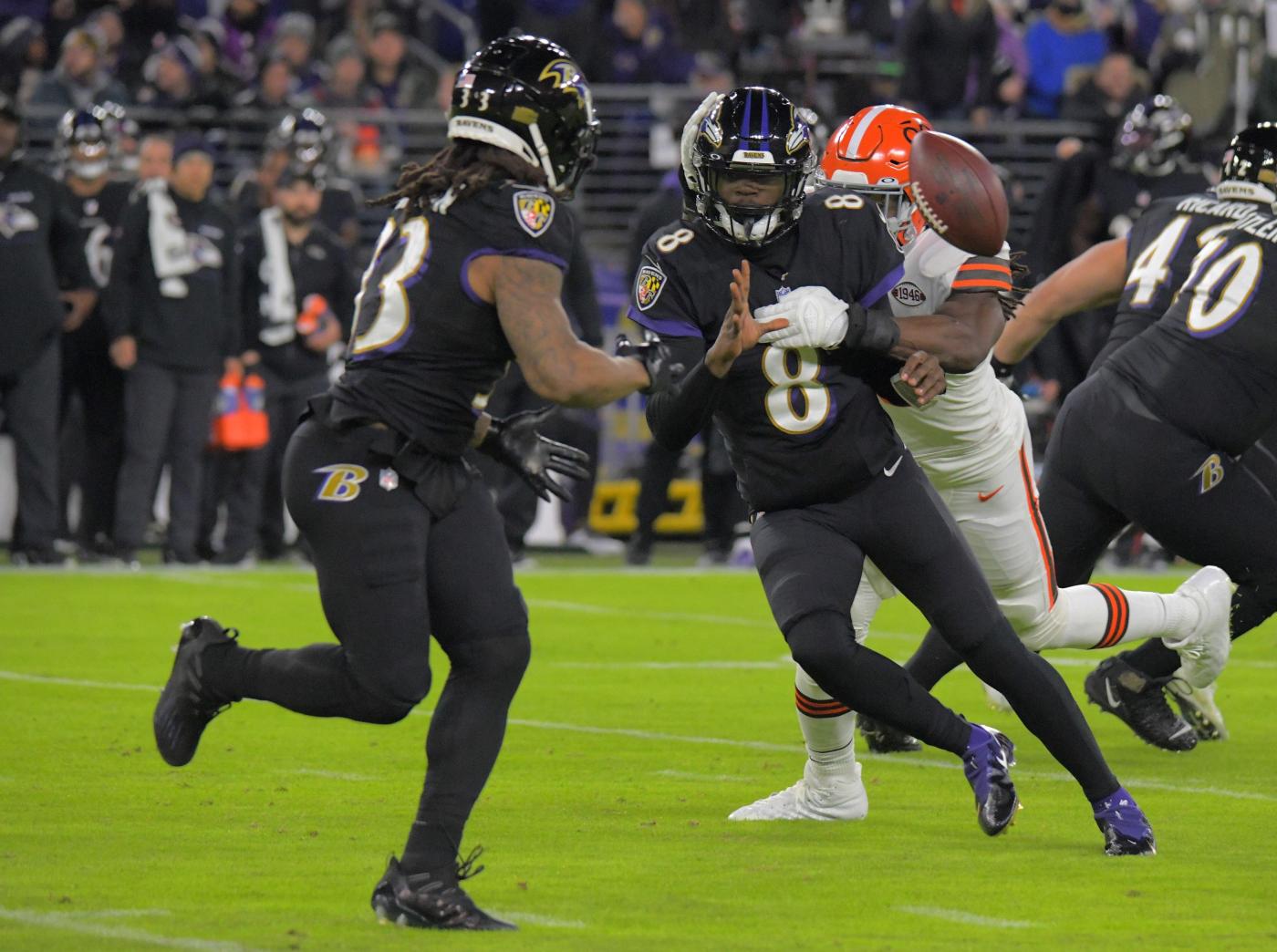 Lamar Jackson did not seem overly worried. Neither did John Harbaugh.

The Miami Dolphins had just stunned the Ravens, using a never-ending succession of blitzes to discombobulate Jackson and a previously high-flying offense.

“If we see Cover 0 again, we’ll have an answer,” Jackson promised.

“Schematically, there is nobody who has better ideas against anything than we do,” Harbaugh said.

In his two starts since that Thursday night upset, Jackson has thrown five interceptions and taken nine sacks. The Ravens have not scored more than 19 points since their Week 9 win over the Minnesota Vikings. Opponents are daring Jackson to beat pressure like never before, and their gambles are working. He has faced 149 blitzes in 11 starts this season, up from 104 in 15 starts last year, according to Pro Football Reference. In the face of this unchecked aggression, he has already thrown 13 interceptions and taken 37 sacks, both career highs.

His confident words about a fix have not come to fruition.

“I think it’s a rut that a lot of good quarterbacks can get into, at different points in their career and at points of time within a season, and really, that’s trying to do too much,” said CBS analyst and former NFL quarterback Trent Green, who will help call the Ravens’ matchup with the Cleveland Browns on Sunday. “Sometimes, you just have to accept what the other team has done; it’s not an easy thing to do. Quarterbacks, all of us, have a certain degree of confidence that we never want to give up on a play. I was in that rut many times. You just want it so bad, to make the play work, and you end up doing too much.”

That temptation must be especially great for Jackson, given his otherworldly gifts for scrambling and improvising throws from unusual positions.

“Because of that athletic ability, his ability to outrun and spin out of trouble, it’s that much harder to give up on a play,” Green said. “I did not have that type of talent. But I would have to imagine for Lamar, it’s really difficult, especially when it’s going the way it’s going with the offensive production over the last month. You’re spending hours preparing, hours studying, hours game planning, and then when it doesn’t come together, you can almost want it too bad to where you’re trying to force things to happen as opposed …read more