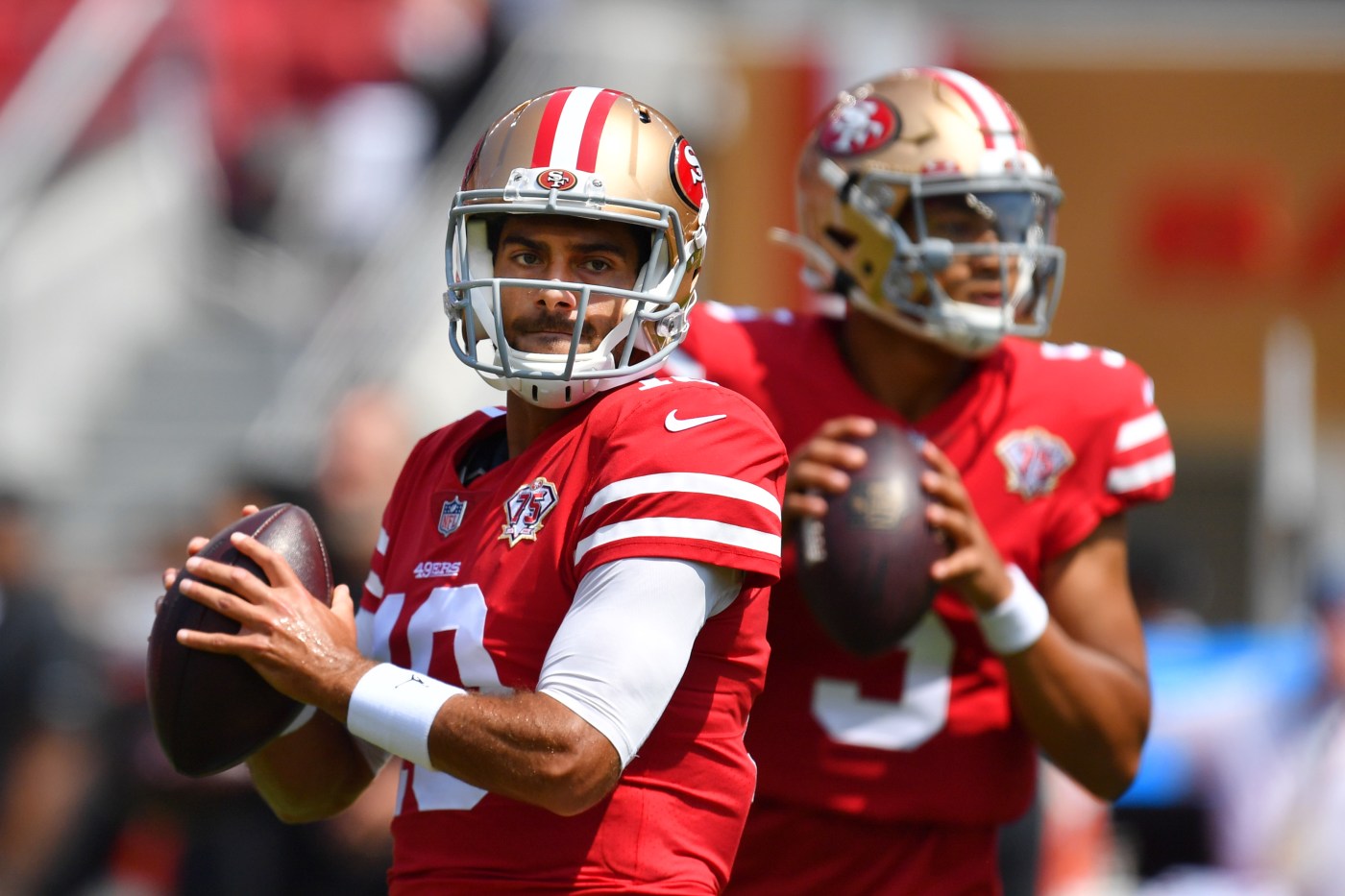 It’s funny, the Niners are going to make the playoffs, but that doesn’t seem to mean much when I talk to fans.

That’s because even the most optimistic member of the Faithful knows that this Niners team is not winning the Super Bowl.

No, for everything they do well, the Niners have proven themselves to be a class below the true contenders, and I seriously doubt there’s another level this team can reach in the final five games of the season.

So the question must be asked: What exactly is the 49ers’ goal?

As of right now, it’s to get into the tournament and see what happens.

That’s the nice, in-house way of putting it.

But another way of seeing it is that they’re going to make the tournament (good), maybe win a game (better), but will be no closer to winning a championship in this season or in the seasons to come because of it.

Fantasy football: Which 49ers to start and sit against Bengals

49ers’ Garoppolo, Raiders’ Carr could be NFL’s top QB trade options this offseason — who ya got?

49ers on Wednesday: Elijah Mitchell, Deebo Samuel not practicing yet for Bengals

Now, if this 49ers’ team is building for a brighter future, they’re going about it in a bizarre way.

Never forget: The 49ers’ brass, aka Kyle Shanahan, didn’t truly believe that Jimmy Garoppolo was capable of winning a championship. If he was, why was Garoppolo’s contract not extended and why was Trey Lance drafted?

And yet, there’s Garoppolo at quarterback, week after week, while Lance sits on the sideline, not even entering the game for read-option plays. That’s something he, not Garoppolo, is suited to run.

We’re past the point of no return at quarterback. This is Garoppolo’s job for the rest of the season.

And that was the defining decision of the season.

Instead of trying to win a title or …read more

Scott Peterson was spared a death sentence. Now he will find out his new penalty