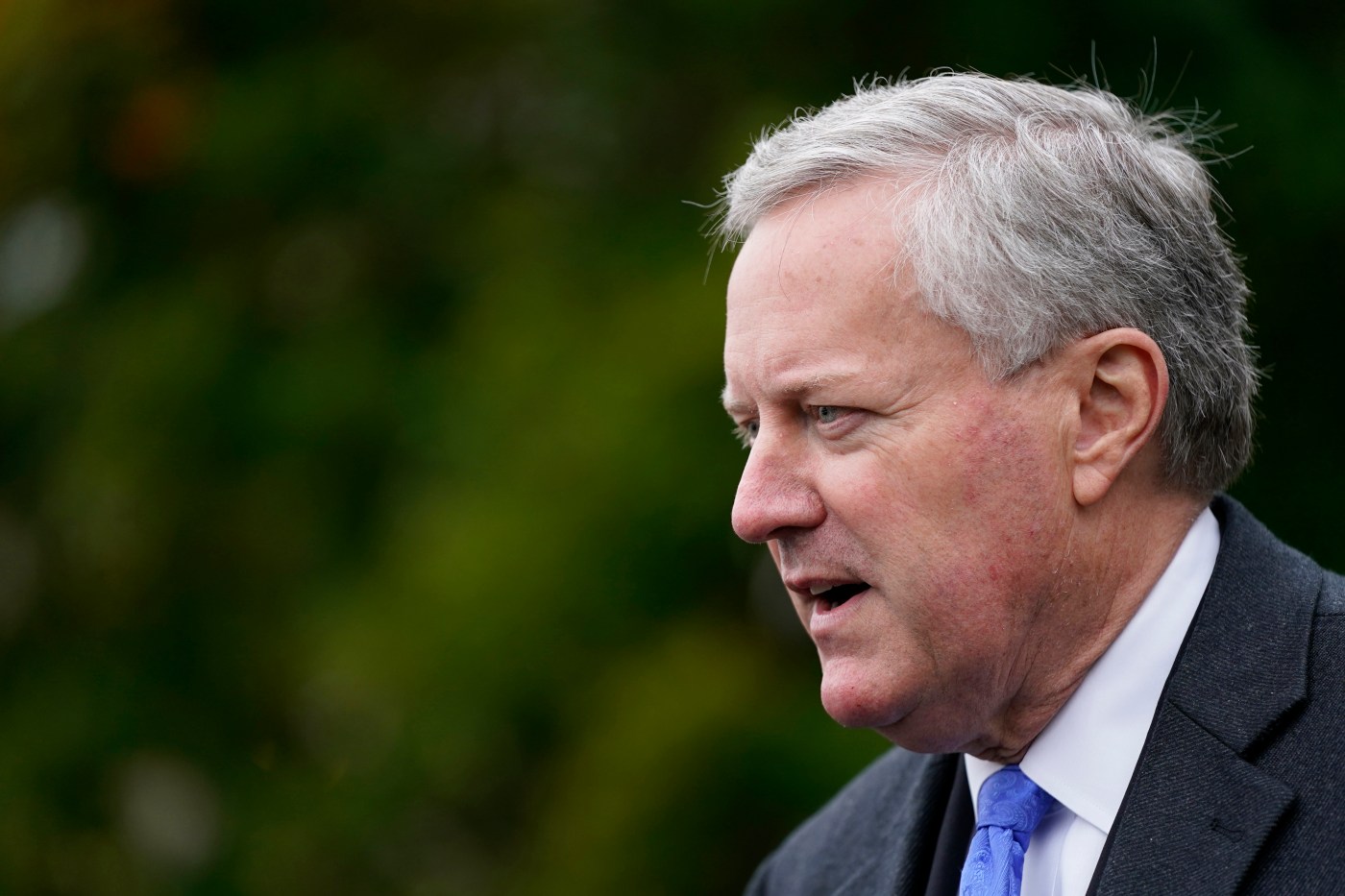 WASHINGTON — Former Trump White House chief of staff Mark Meadows on Wednesday sued the House committee investigating the Jan. 6 Capitol insurrection as the chairman of the panel pledged to move forward with contempt charges now that Meadows is no longer complying with a subpoena.

The dueling actions laid bare simmering tensions between the committee and Meadows, seen by Democratic lawmakers as a pivotal player in their investigation, and reflected a remarkable turnabout from last week, when Meadows had declared his intention of cooperating with the committee on certain areas of their inquiry.

His lawsuit, filed in federal court in Washington, asks a judge to invalidate two subpoenas that he says are “overly broad and unduly burdensome.” It accuses the committee of overreaching by issuing a subpoena to Verizon for his cell phone records.

The complaint was filed hours after Democratic Rep. Bennie Thompson, the committee chairman, declared he had “no choice” but to proceed with contempt charges against Meadows. Meadows did not show up Wednesday for a scheduled deposition after his lawyer, George Terwilliger, told the committee his client was ending his cooperation.

Yet Thompson noted that Meadows has already provided documents to the committee, including personal emails and texts about President Donald Trump’s efforts to overturn his 2020 election defeat, and has also published a book, released this week, that discusses the Jan. 6 attack.

“That he would sell his telling of the facts of that day while denying a congressional committee the opportunity to ask him about the attack on our Capitol marks an historic and aggressive defiance of Congress,” Thompson said in a letter to Terwilliger.

The move to hold Meadows in contempt comes as the committee has struggled to gain compliance from a few of the former president’s closest and most high-profile allies. Still, the committee has already conducted more than 250 interviews with witnesses about the riot.

Committee leaders have said they intend to punish anyone who will not comply, and the House has already voted to hold longtime Trump ally Steve Bannon in contempt after he defied their subpoena. The Justice Department later indicted Bannon on two counts.

49ers Studs and Duds: Shanahan, Garoppolo, and Ryans bear the blame in the Niners’ loss to Seattle

Column: How can Chicago Bears players stay energized after another dismal loss? ‘No quit in my blood,’ says David Montgomery, who vows to keep his teammates fighting.