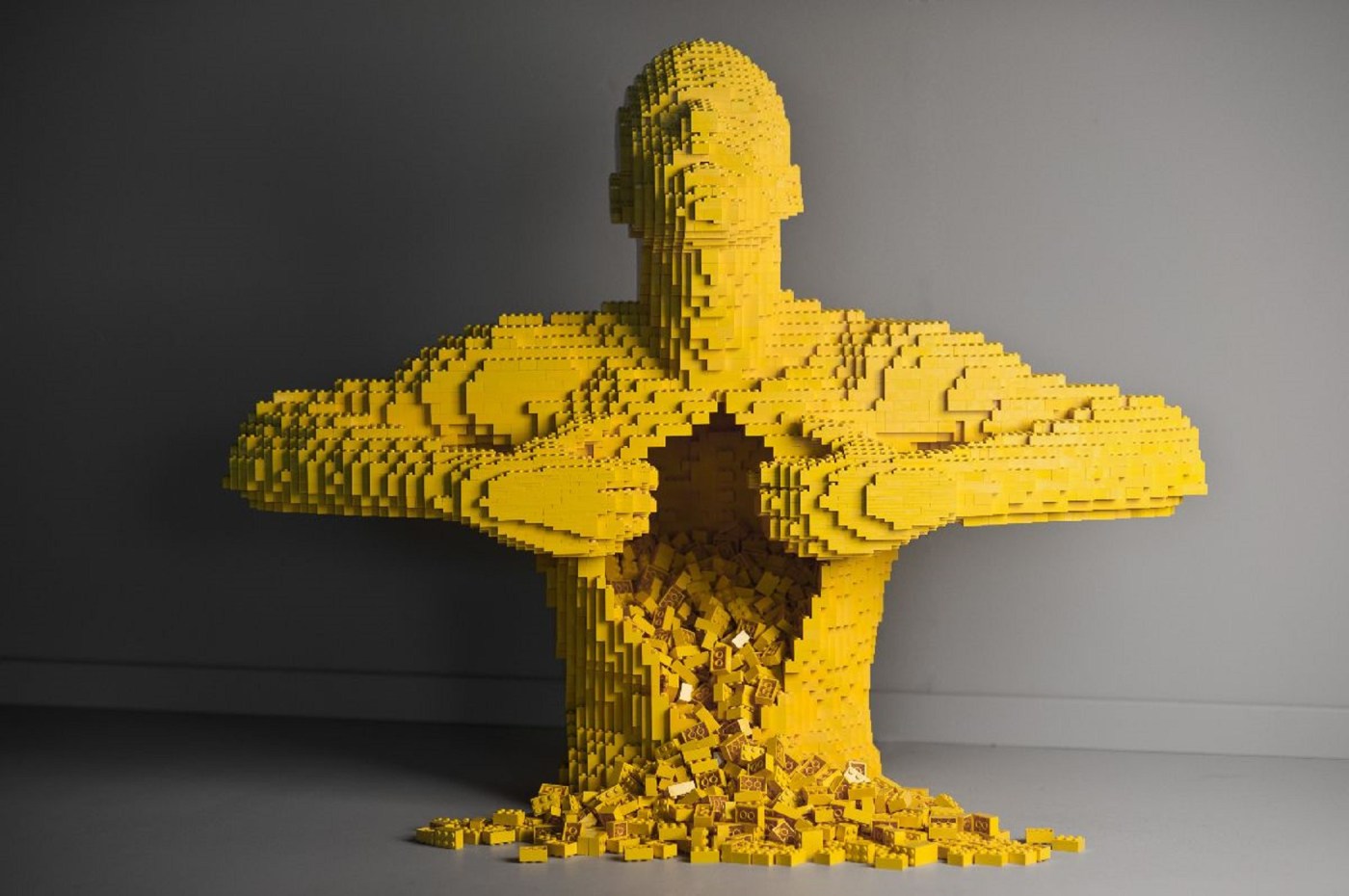 The Lego universe, which began as a simple Danish plastic toy building-block some 90 years ago, has expanded in mind-blowing fashion. It now encompasses movies, theme parks and museums, competitions and much more.

But one of the most eye-opening developments has been the art of Nathan Sawaya, who quit his job as a Hollywood lawyer in 2004 to become a Lego artist. He has since created a stunning collection of sculptures using the brightly colored plastic bricks. He’s designed re-creations of Van Gogh and Da Vinci paintings as well as a 20-foot Tyrannosaurus rex skeleton. Arguably his most famous work is “Yellow,” a sculpture depicting a man ripping open his chest with scads of Legos pouring out.

All these works and much more, not to mention a series of multimedia Lego works Sawaya created with Dean West, are part of “The Art of the Brick,” an acclaimed global tour of the artist’s works. And now that tour is landing at 1 Grant Avenue in San Francisco (former home to the Museum of Ice Cream) for a two-month run.

The exhibit, including more than 70 works, has been seen by more than 7 million people around the world, stopping at more than 100 cities in 24 countries. But this will mark its first stop in the San Francisco.

Harriette Cole: His expensive gifts become weapons when he’s mad at me