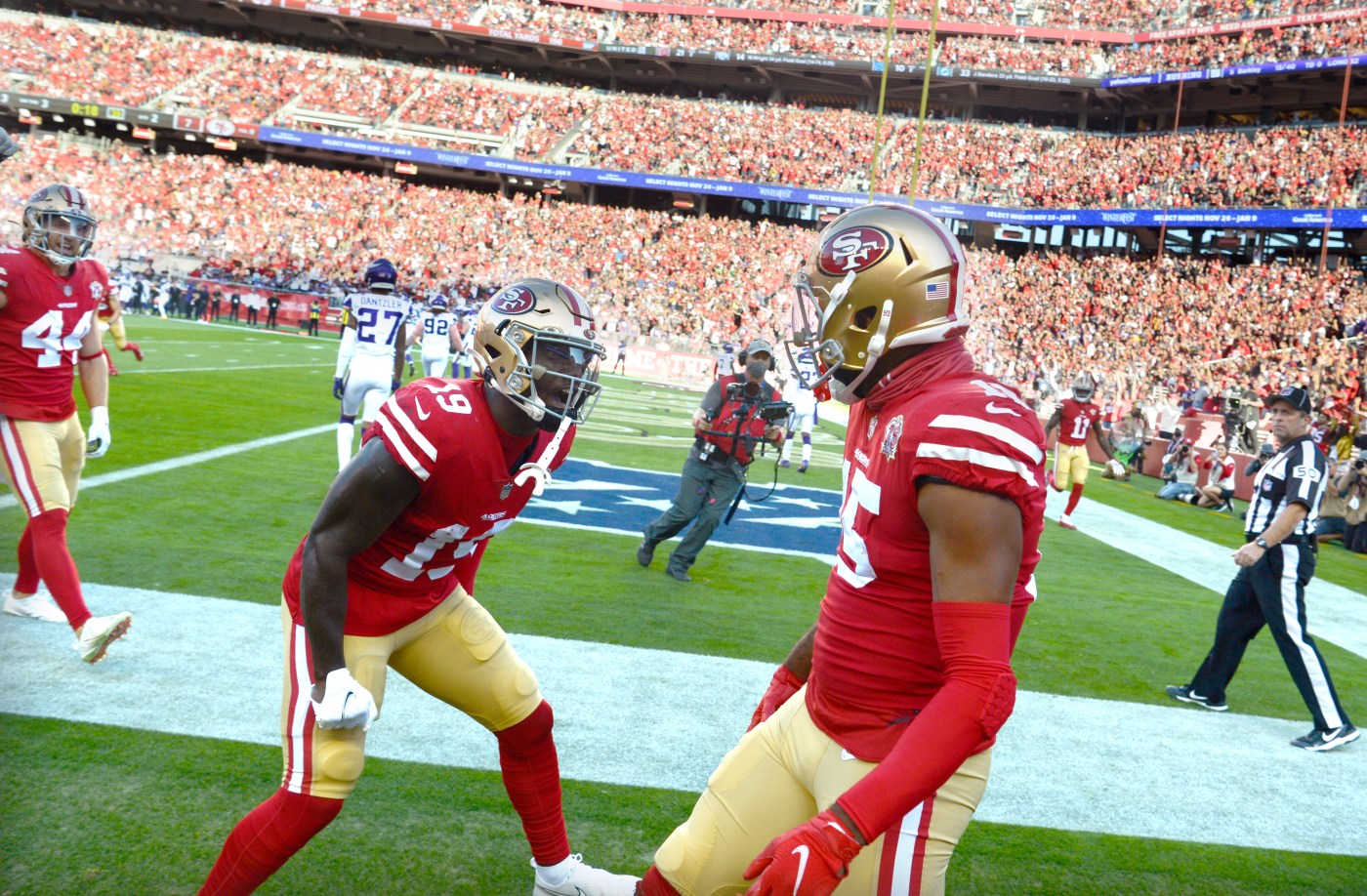 The 49ers lost their top receiver, their No. 2 running back and their biggest playmaker all at once Sunday afternoon at Levi’s Stadium.

Deebo Samuel, who represents all three roles for the Niners, went down with a groin injury late in the third quarter on a run play.

He took a handoff from Jimmy Garoppolo and sprinted toward the left side of the formation. When he tried to stop and change directions to avoid Minnesota linebacker Nick Vigil, Samuel went to the ground for a loss of six yards. He stayed down for a while before 49ers trainers checked out his injury.

49ers studs and duds: Elijah Mitchell picks up where he left off against Vikings

49ers-Vikings halftime report: Garoppolo touchdown pass ties it up at 14

49ers pregame: How much Mitchell in running back rotation?

Samuel walked off under his own power but was visibly upset as he trudged gingerly to the sideline. He was designated as questionable to return but after the 49ers finished the drive with a field goal to go up 34-26, Samuel was seen standing on the sideline without his helmet — usually a sign that a player will not return to play.

Samuel, who rushed for 66 yards and two touchdowns on six carries Sunday, suffered his injury just one play after Vikings running back Dalvin Cook was carted off the field with a shoulder injury. He fumbled on the play while being tacked by 49ers defensive lineman Kevin Givens.

Paris Hilton Speaks Out About Lindsay Lohan Feud: Do They STILL Hate Each Other?!