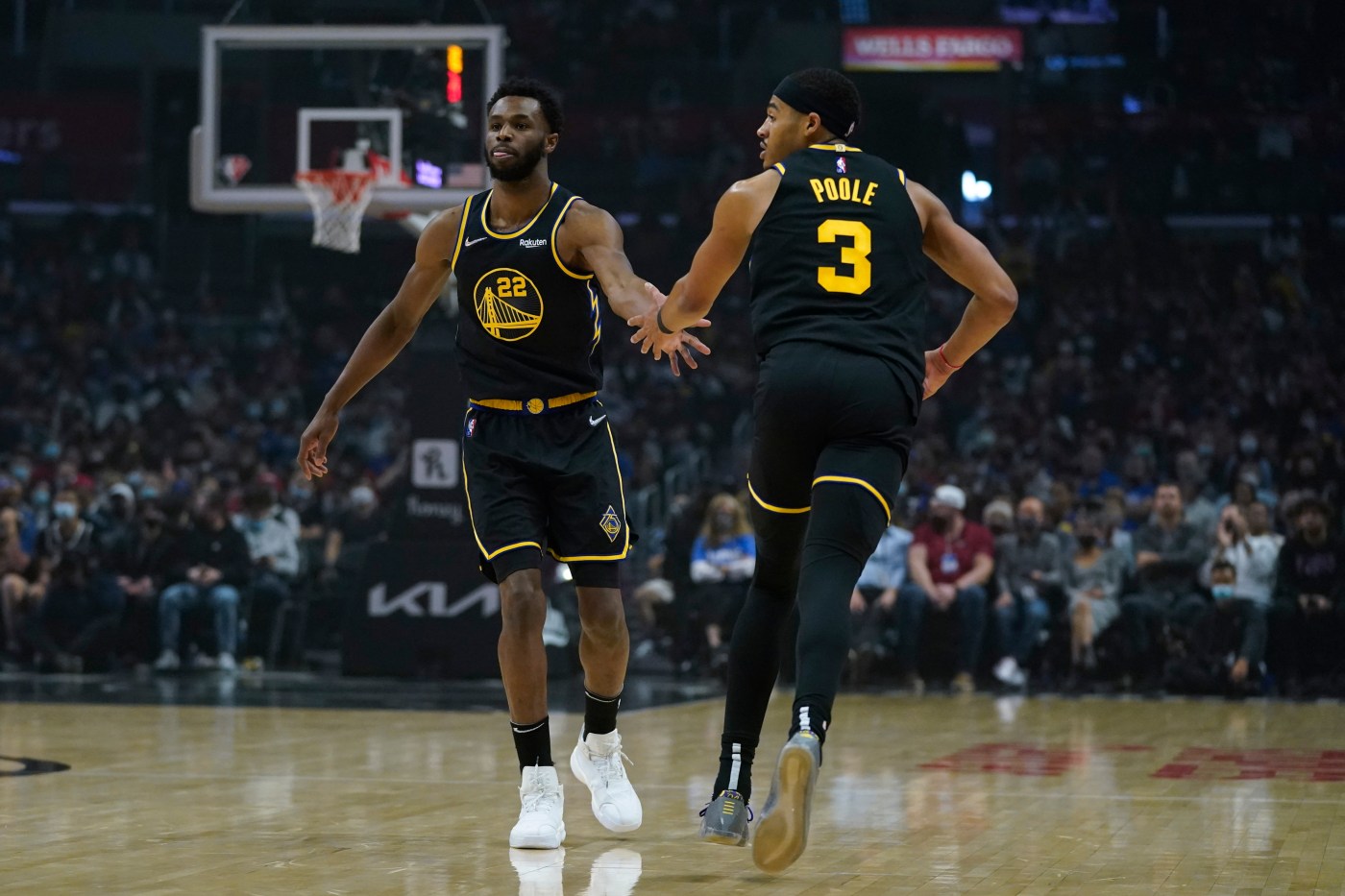 LOS ANGELES — Whether it was a matchup of the league’s top defensive teams living up to the billing or two teams that never woke up for a Sunday matinee is in the eye of the beholder.

To Jordan Poole, it was merely an opportunity. His flurry of points at the end of the third quarter awakened the Warriors and propelled them to their best-in-the-NBA 18th win in 20 games, 105-90, over the Los Angeles Clippers.

The third-year guard pulled up from 3 and swooshed it home. He did it again after Paul George matched him on the other end, and again after another answer by the Clippers star. In the final 2:35 of the quarter, Poole scored 12 of his 17 total points and extended the Warriors’ lead from one point to seven entering the final quarter.

He left it to Steph Curry to ice the win.

Enraged by a non-call on a drive to the basket, Curry drew a technical foul that only fired him up further. Curry drained three more 3s while the Warriors mounted a 21-7 run in the 4:27 following the technical that sealed the game. He finished with a game-high 33 points and was the force behind six of Golden State’s 19 steals while stuffing the stat sheet with six assists and seven rebounds.

Otto Porter Jr. added a double-double with 18 points and 10 rebounds, his best statistical showing of the season.

The Warriors outscored the Clippers 45-31 over the final 14:35 of the game, starting with Poole’s first bucket at the 2:35 mark of the third quarter.

Prior to Poole’s eruption, a lifeless Warriors offense looked to be heading to its first game under 100 points this season, and possibly Golden State’s third loss. Both possibilities had been all but eliminated with 2 minutes left on the clock.

On a cold shooting afternoon against the top defense that isn’t their own, the Warriors’ stayed within striking distance by keeping George and the Clippers in check. George scored 30 points, but it wasn’t enough when the Warriors forced 25 turnovers and held the Clippers to 40% shooting from the field.

After making more than half their shots the past two games in their two best shooting performances of the season, the Warriors struggled to reach a 40% success rate Sunday against the Clippers.

If Alec Baldwin ‘didn’t pull the trigger,’ how did gun kill Halyna Hutchins?