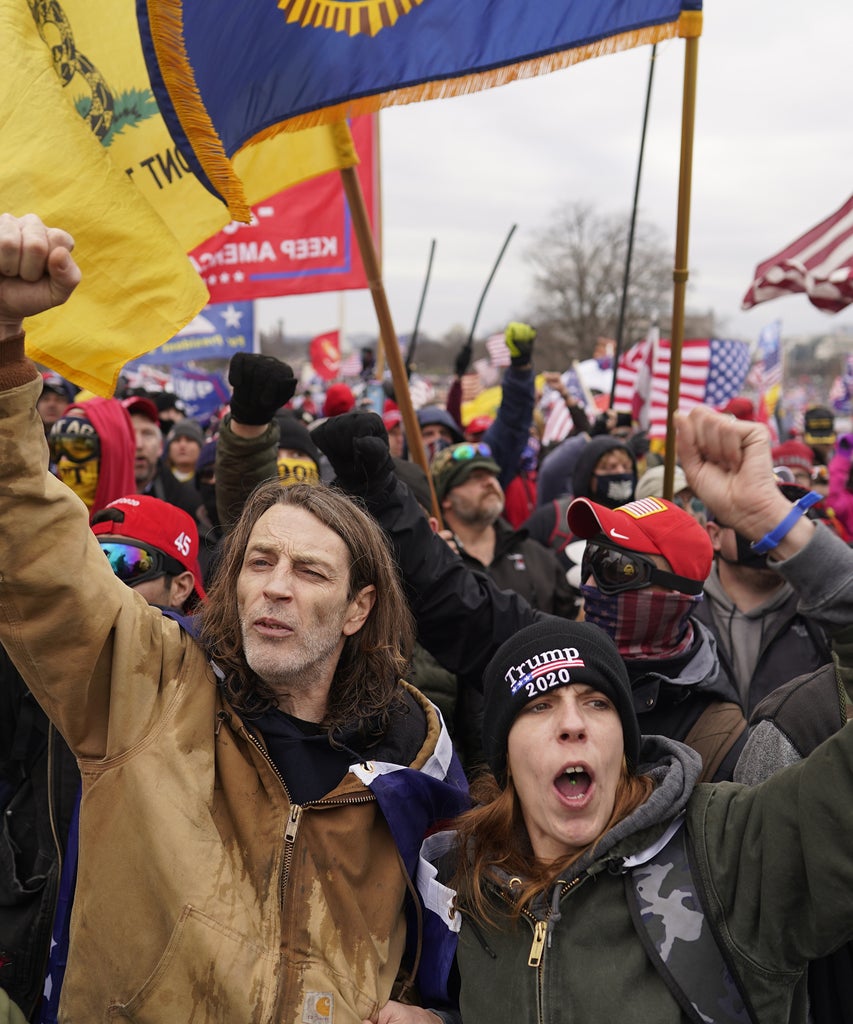 WASHINGTON, DC – JANUARY 06: Protesters gather on the second day of pro-Trump events fueled by President Donald Trump’s continued claims of election fraud in an to overturn the results before Congress finalizes them in a joint session of the 117th Congress on Wednesday, Jan. 6, 2021 in Washington, DC. (Kent Nishimura / Los Angeles Times via Getty Images)

In the aftermath of the violent siege of the U.S. Capitol on Wednesday, the FBI and D.C. Police are asking the public to help identify people who planned and participated in the attack.

Like clockwork, many people have been quick to assume that those involved in the attack were either rural white working class people, or antifascists pretending to be Trump supporters. Of course, neither of these assumptions could be farther from the truth, and the actual rioters were a varied group of people — all galvanized by President Donald Trump. While some liberals have either ridiculed the rioters they call “blue collar MAGA” — blaming the white working class, without ever contending with the fact that the majority of Trump voters were actually wealthy — the truth is that the siege was more than costumes and Proud Boys: it was lawyers, businesspeople, parents, and even off-duty officers.

Republican lawmakers and far right activists may continue blaming “Antifa” for the insurrection, despite the fact that white nationalist groups, QAnon supporters, and other far rightists openly posted about the invasion online for weeks. But in truth, state repression will always come down hardest on those who pose a threat to the political and economic status quo, and “Antifa” has been the Trump administration’s preferred boogeyman.

How to make a background transparent in Photoshop in 2 ways

On top of that, many of the people who stormed the Capitol have been identified already, with several off-duty cops and military members playing key roles. One attendee was even identified as the son of a Brooklyn Supreme Court judge. And the proof isn’t too hard to find either. People who planned and attended the event posted about it on far right forums like Parler and MyMilitia.com where one poster last month advocated for violence if senators moved to certify Joe Biden as the next president,

The Capitol siege proves it’s finally time to take Trump and other politicians’ violent rhetoric both seriously and literally.