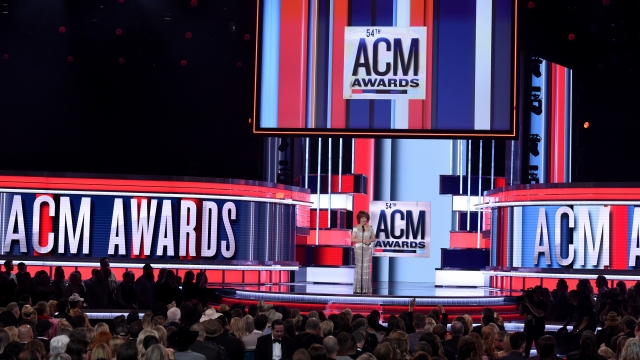 Lauren Magarino: “Music stars and fans will celebrate the best in country music tonight with the 2020 Academy of Country Music Awards on CBS. Katherine Biek is here to give us a preview. Katherine, how has the pandemic affected the award show’s format?”

Katherine Biek: “Well, the date for one thing, Lauren. This award show was originally slated for the start of April, but it obviously had to get postponed. Organizers have now moved it from Las Vegas to Nashville, Tennessee, where it will actually take place in three different venues. Now there will be no live audience at any of the locations, but the majority of the show will be taped alive. That’s different from other award shows that we’ve recently seen. For example, most of the VMA awards, which aired in late August, was actually pre-taped days in advance, even the award presentations. But the ACM organizers say they’ve made things very safe for their artists and performers, who will either be kept separate from each other backstage or will be able to stay isolated in trailers or tour buses behind the venues until it’s their time to take the stage.”

Magarino: “Got it. Are there any performance you’re especially looking forward to?”

Biek: “There’s two. The first is Mickey Guyton. She’s going to be singing her song “What Are You Gonna Tell Her?” which is about injustices faced by both women and people of color. She’s actually one of just a few black artists signed to a major country record label, and having her and other black artists perform tonight is one of the ways the ACM Awards is planning to acknowledge current issues regarding social injustice during the show. I checked out a list of the performers and counted at least three people of color in the lineup. There could be more. The ACM Awards might throw a few surprises at us. Aside from Guyton, I also can’t wait to watch Taylor Swift. This will be her first appearance at the ACM Awards since 2015. That was around the time she transitioned fully over into pop music, so it’s going to be nice to see her going back to her roots, Lauren.”

Magarino: “I’m looking forward to see her lean back to her roots. I’m not gonna lie. I used to really like her when she started in her music rather. And then I …read more

I Live In Illinois & Make $250k A Year. Here’s My Wellness Routine

London is closing in on New York’s ranking as the world’s number 1 financial center, this survey says