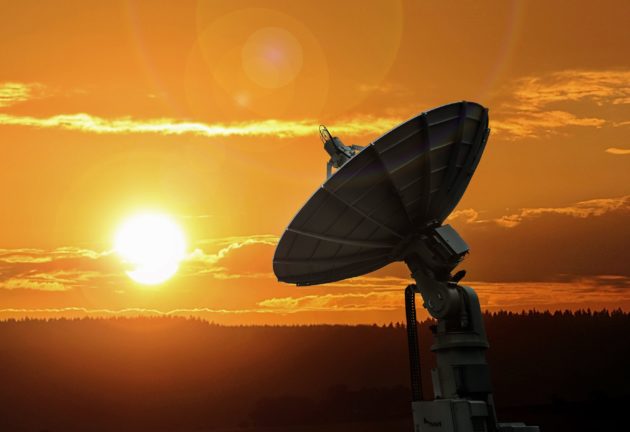 Amazon Web Services today unveiled a new business unit devoted to developing data infrastructure and cloud services for the aerospace and satellite industry — and headed by someone who helped set up the U.S. Space Force.

“We find ourselves in the most exciting time in space since the Apollo missions,” Crosier said in today’s announcement from Amazon. “I have watched AWS transform the IT industry over the last 10 years and be instrumental in so many space milestones. I am honored to join AWS to continue to transform the industry and propel the space enterprise forward.”

The unveiling was announced by Teresa Carlson at the AWS Public Sector Summit Online. “Whether on Earth or in space, AWS is committed to understanding our customers’ missions,” she said.

Amazon Web Services started down the road to space-centric cloud computing a year and a half ago when it established AWS Ground Station, a cloud service designed for satellite owners and operators.

AWS Ground Station has been building up a network of literal ground stations for satellite communications, as well as a portfolio of customers ranging from NASA’s Jet Propulsion Laboratory to Capella Space, a provider of on-demand satellite radar imagery. Today AWS highlighted Capella’s move to go “all-in” on its infrastructure, including AWS Ground Station as well as ground-based cloud services.

“We are redefining what is possible in the satellite industry, and reducing the cost and time required for organizations to benefit from satellite data,” Capella CEO Payam Banazadeh said in a news release.

“This new AWS business will support Maxar as we launch our new WorldView Legion satellites next year, which will triple our 30-cm imagery collection and greatly increase our currency and scalability for government missions and commercial use cases,” Scott said.

AWS’ Carlson said the world is entering “an exciting and daring new age in space,” highlighted by initiatives including space-based IoT and Earth observation services, low-latency satellite internet services and NASA’s Artemis campaign to send astronauts to the …read more

Facebook’s first TikTok clone failed, so it tries for another