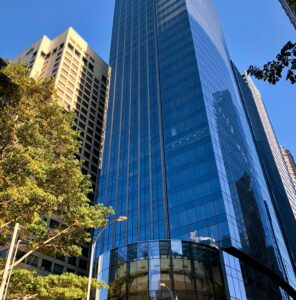 Payments technology company Stripe closed its Seattle engineering office for two days this week as a precaution after learning Wednesday that an employee visiting from Singapore had contact, before arriving in the United States, with someone who was subsequently diagnosed with coronavirus, the disease known as COVID-19.

There’s no indication that the Stripe employee or any others have the disease, according to the company.

Stripe confirmed the temporary closure in response to GeekWire’s inquiry Friday evening. The company also closed its Singapore office during the same time frame, for the same reason.

“There are no Stripe employees who have been diagnosed with COVID-19, or that are showing any symptoms of it,” a Stripe spokesperson said in a statement Friday evening. “However, we’ve asked our employees in Seattle and Singapore to work from home until next week while we clean and sanitize those offices as a precautionary measure.”

Hundreds of employees work at the Stripe engineering center in the Madison Centre office building, at 920 5th Ave. in downtown Seattle.

The company has been coordinating with the King County Department of Health, building management and others. Stripe decided to go beyond the recommended remedies by temporarily shutting down and cleaning the office, according to the spokesperson.

Stripe based in San Francisco, established its Seattle engineering center in 2016. It’s one of more than 130 out-of-town tech companies with engineering outposts in the region. The incident illustrates the potential vulnerability of international companies to the spread of coronavirus and other contagious diseases.

Coronavirus has killed more than 1,500 people worldwide and infected more than 66,000, according to the latest official statistics.

Google Stadia’s free tier might finally be on the way