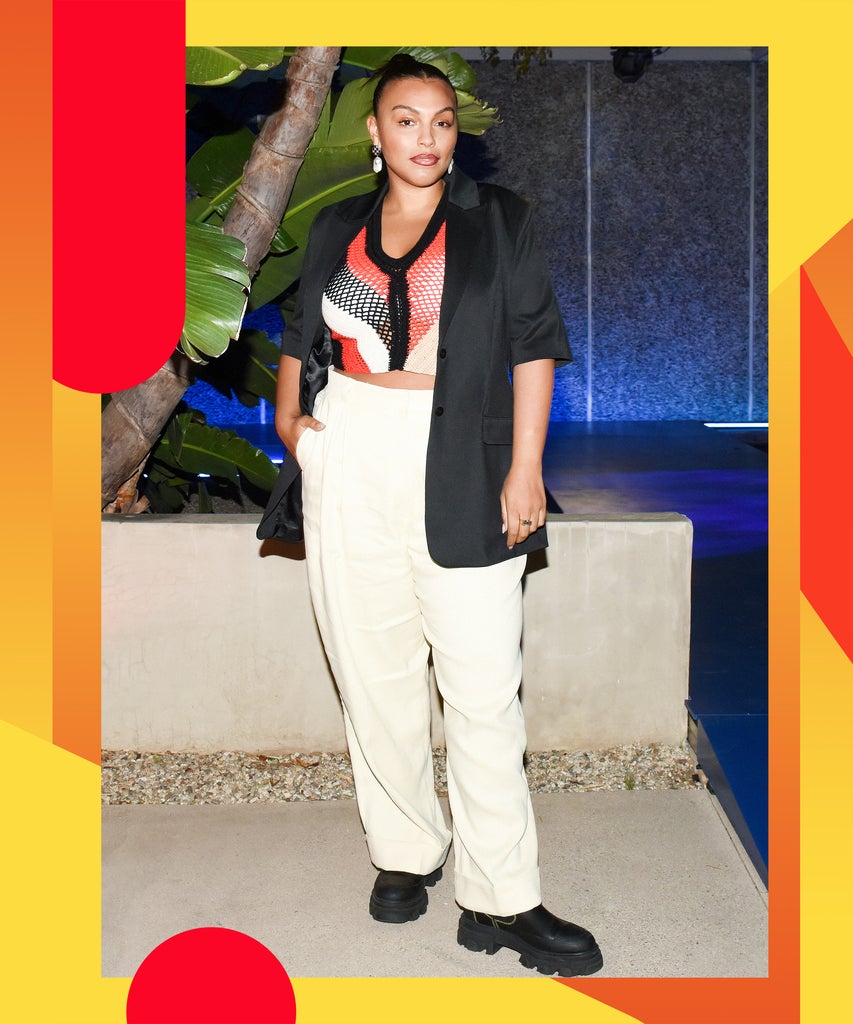 Paloma Elsesser is having one hell of a month. It started with Copenhagen Fashion Week, where the 27-year-old model walked in Ganni’s now-viral fall ‘20 show. From there, she hopped on a flight back home for a quick stint at New York Fashion Week to not only walk for Eckhaus Latta, a brand she’s been working with for years now, but also to casually hang out with Dapper Dan, Chioma Nnadi, and Anna Wintour for Vogue 100’s annual fashion week dinner at Majorelle.

Cut to 24 hours post-Eckhaus Latta. I’m across the country, standing in the dimly lit hallway of a mid-century modern home in Beverly Hills for H&M’s Studio Collection launch party. Lykke Li is here, performing a surprise acoustic set which acts as background noise to my short but sweet conversation with Elsesser. As “Sex Money Feelings Die” plays, I ask her why she got into modeling in the first place. “Somebody gave me the want before I wanted it for myself because I never knew that I wanted it,” Elsesser says.

While studying in New York, Elsesser was contacted by an editor at Pop Magazine who told her about the changing industry, asking her to join in on the movement. “I took the bait,” she says. “I was inspired by how it was evolving and that I could have financial and experiential autonomy over my life, which I didn’t have as a 20-year-old. I also wanted the chance to change the world a little bit. And that seemed like enough for me.” Two years later, she was contacted via Instagram DM by the great Pat McGrath, who asked her to star in the makeup artist’s Golden Makeover line. That’s when things really took off.

Since, she’s posed naked for Glossier billboards all over Manhattan, starred in a Fenty Beauty campaign for Rihanna, and became a CFDA/Vogue Fashion Fund judge. “Anna sent me a personal email,” she recalls. “I thought she sent it to the wrong email.” Now, of course, they’re thick as thieves. “She answered my email today. Like yes, Anna Wintour has emailed me.” But for someone who’s been hand-chosen by fashion royalty, Elsesser doesn’t, in any way, act superior. Instead, she’s using her newfound role as a judge to shake things up. “It’s been like such an incredibly eye-opening experience getting to see how this business works up close because if …read more